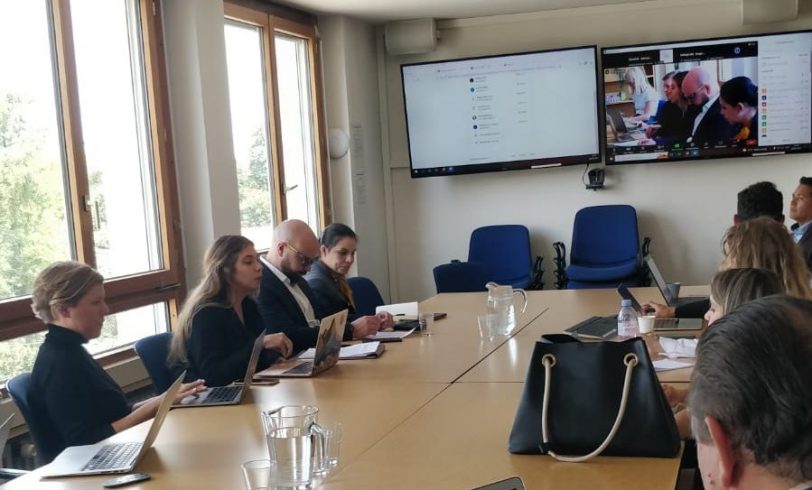 “For there to be justice, the first thing that must happen is to establish the truth of the facts”
The speakers of the Side Event: The impact of the Independent International Mission to
Determine the Facts on Venezuela, agreed this Tuesday on the need for a renewal of the
mandate of international cooperation mechanisms such as the UN Mission (Fact-Finding
Mission), so that there can be guarantees of progress in the investigation and control of
systematic human rights violations.

In the discussion space promoted by the International Service of Human Rights, FIDH,
CEPAZ, Global Center for the Responsibility to Protect, Freedom House, Provea, CDH
Unimet, CDH Ucab and Amnesty International, data was presented that shows the lack of
interest on the part of the Venezuelan State to listen and abide by the recommendations of
the international community in the field of human rights.

In view of an electoral process, the presence of the Mission in Venezuela is even more necessary

Sara Fernandez, international advocacy coordinator for the Center for Justice and Peace (Cepaz) highlighted that of 43 recommendations, since 2019 “the Venezuelan State has not fully complied with any of them” In 33 recommendations, she maintained, “there has been an apparent setback, especially those referring to arbitrary arrests, the separation of powers, the situation of the Orinoco mining arc and economic, social and cultural rights.”

The appointment of the new Supreme Court of Justice, according to what he said, 60% of
the former magistrates were re-elected, 85% belong to pro-government groups and 55% are
people with sanctions from the EU, USA or Canada

Sara explained the relevance of the mandate being renewed for 2 more years, in the context
of the 2024 presidential elections, since “the patterns of persecution by the national
authorities increase during electoral times. Having the mandate of the FFM would have an
important impact on the protection of civic space in the country (…) during this critical
moment”.

“We cannot close our eyes”.

Alessandra Pinna, director of Latin America and Caribbean Programs of the organization
Freedom House, highlighted in her speech the findings that have been obtained thanks to
the investigations of the FFM as the patterns of persecution that have been implemented by
the State security organs.

He also explained that the Mission does not work individually but needs the support of other
mechanisms: UNHCHR and International Criminal Court (ICC) established in Venezuela and
that neither duplicates its obligations, rather they complement each other.

Just as the lack of response from the State is alarming, the appointment of a new head of
the High Commissioner’s Office is also worrying, according to Eduardo Trujillo, Director of
the Human Rights Center of the Catholic University Andres Bello (CDH UCAB), so it is
necessary to join efforts to keep Venezuela on the international agenda.

From the perspective of the three experts, a strategy must be maintained in defense of the
renewal of the FFM, by means of a resolution similar to the one previously presented, which
guarantees periodic reports on the situation and a monitoring that serves as a containment.
The renewal of the UN Mission is necessary given the risk that human rights violations
continue to occur in Venezuela.