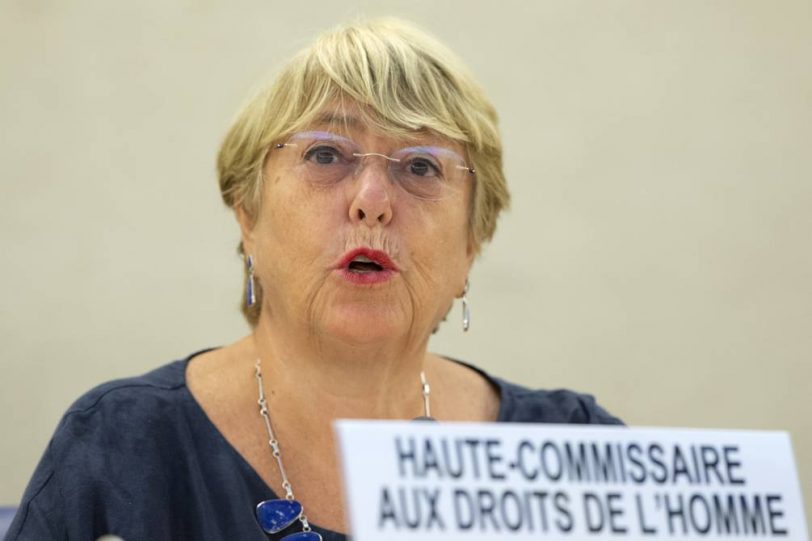 The United Nations High Commissioner for Human Rights (UNHCHR) published its latest
report regarding the human rights situation in Venezuela, which covers the documentation
carried out by its office from May 1, 2021 to April 30, 2022.

The report shows that as documented by the UNHCHR, the Venezuelan State continues to
commit systematic violations of human rights in various dimensions, including economic,
social and cultural rights and civil and political rights. The reforms carried out at the national
level have not been sufficient to cease such violations nor to carry out an adequate
investigation into the violations committed in the country in recent years.

Situation of violence in the Orinoco Mining Arc, displacement and murder of members of
indigenous communities.

The report warns about the situation in the Orinoco Mining Arc and other mining areas in
the states of Bolivar and Amazonas. According to what is narrated in the report, in these
areas there have been clashes between non-state armed groups and criminal gangs for
control of mining, in the context of which mercury and cyanide continue to be used,
affecting the rivers that are the main source of water in the region. The report warns that
the systematic practices of child labor, sexual exploitation and human trafficking also
continue.

These situations of violence have had a disproportionate impact on the indigenous peoples,
particularly during the evaluation period analysed, the Samena indigenous people were
partially displaced by the violence in the area. The office also documented the murder of
four Yanomami people in an incident with members of the Bolivarian National Armed Forces
(FANB).

Criminalization and persecution against dissidents or perceived as such, including
members of civil society

One of the most alarming data presented in the report is that associated with the closure of
civic space and specifically the attack and control of civil society organizations and human
rights defenders. The office stated that there was an increase in acts of stigmatization and
criminalization of representatives of civil society, including human rights defenders,
journalists, and media workers.

In the period under review alone, the office documented 154 cases of stigmatization,
harassment, and threats against these groups, as well as at least 5 arbitrary arrests of
members of the political opposition.

The office also mentioned the arbitrary detention of three members of the organization
Fundaredes, including its director Javier Tarazona, who in July will complete one year of
arbitrary detention in the Helicoide despite his delicate health situation. In particular, the
office warned about the use of anti-terrorist and organized crime legislation against the
legitimate work of human rights defenders and media workers.

Arbitrary arrests, procedural delays and improper use of pretrial detention

The office’s view is that challenges persist in guaranteeing the right of accused persons to
liberty and to a fair trial without undue delay. Specifically, the report mentions 35 cases of
arbitrary deprivation of liberty, 22 of which continue with coercive measures. Among the
cases documented by UNHCHR is that of a victim who spent more than 5 years in pretrial
detention and has still not been granted unconditional release.

The report also notes that delays continue in the implementation of release orders,
specifically documenting at least seven cases in which release orders issued by the courts
have not been implemented. Finally, on this point, the office also stated that the authorities
incurred in undue judicial delays in at least 74 cases.

The report mentions complaints of torture and mistreatment of at least 14 people deprived
of their liberty during the period of analysis, as well as 5 other complaints from people who
were already detained. It also indicates that in at least 29 cases the authorities did not
respond promptly to requests for health examinations and medical transfers. Among these
cases, the report states that in August 2021, an inmate of the Monagas La Pica state
detention center, who had contracted tuberculosis, died of respiratory failure, and in
October 2021, political prisoner Raúl Isaias Baduel died in custody.

The OHCHR report states that the Venezuelan authorities have made progress in some
specific cases of serious human rights violations. Among these cases, the office mentions
that of Corvette Captain Rafael Acosta Arévalo, former councilman Fernando Albán, two
workers from the media outlet La Guacamaya TV and the student Fabián Alfonso Urbina
Barrios.

However, the office emphasizes that in none of these cases, carried out by SEBIN, the
DGCIM and the FAES, were the chains of command investigated. This is especially relevant
considering that the Fact-Finding Mission indicated that these cases responded to patterns
of persecution involving other high-ranking national authorities.

The office also affirms that in some cases, such as those of Juan Pablo Pernalete and Diego
Arellano, prosecutors have been changed at least 15 times, causing judicial delays, trauma,
and re-victimization. Likewise, the cases of forced disappearance that have been followed
up on by progress in the investigations have been limited. The office called on the State to
make additional efforts to strengthen the national framework, in particular the
accountability of all perpetrators, including superior and command responsibility and
reparation to victims. It is important to remember that in April 2022, the Prosecutor of the
International Criminal Court stated that the Venezuelan judiciary has not carried out
investigations to date on possible crimes against humanity that occurred in the country.

Security Operations and Violations of the Right to Life

While the report mentions that there has been a significant reduction in the number of
deaths in security operations, it also states that such operations continued during the period
under evaluation. The report notes that during a large-scale operation in July 2021, 22
people died and 28 were injured in La Vega, Santa Rosalia, El Paraiso, Petare, San Juan and
El Valle. It also documented 6 cases with the same pattern of extrajudicial execution carried
out by security forces in Caracas and El Tocuyo, Lara. In the report the office also states that
in at least three cases, before being extrajudicially executed, the security forces subjected
them to torture or ill-treatment. Among the forces involved, the office states that they
include the Scientific, Criminal and Criminalistic Investigations Corps (CICPC), the National
Anti-Extortion and Kidnapping Command (CONAS) of the Bolivarian Guard, the FAES and the
municipal police of Sucre.

The office also stated that during the evaluation period it documented the arbitrary
detention of at least 13 persons in the framework of the security operations that were
allegedly subject to inhuman or degrading treatment, incommunicado detention and that
family members did not receive information on the whereabouts of the victims for up to a
month.

Violation of the right to health and to food

According to the documentation prepared by the office, Venezuela continues to report a
lack of medicines, supplies and qualified personnel in the health system. The report clarifies
that the Covid pandemic aggravated the health system but that it was already in a state of
fragility before the pandemic. In particular, reference is made to the situation of children

with chronic diseases, vaccination against preventable diseases, and sexual and
reproductive health of women and adolescents. It also warns that irregularities in the
electricity service have had an impact on the health system, as the centers suffer regular
blackouts.

Although the report mentions a slowdown in inflation, it also clarifies that currently the
minimum wage in Venezuela covers only 8 percent of the cost of the basic food basket.

According to documents from the UNHCHR office, a cross-cutting problem in the protection
of various rights is the lack of public and disaggregated information on various human rights
violations or actions taken by the State to guarantee these rights. The report mentions the
lack of information regarding the implementation of the National Vaccination Plan,
investigations on human rights violations and the situation of violence against women in the
country.

While the report includes an acknowledgement by the UNHCHR of measures taken by
Venezuela to implement previous recommendations, it does not analyze in detail the extent
to which these recommendations were implemented in the country. Most of the reforms
included in the report and recognized as progress by the UNHCHR refer to legal
amendments whose impact cannot yet be assessed. The office even warns that many of
these amendments were carried out without prior and broad consultation with civil society,
which is essential to maintain transparency in all legislative processes.

Venezuelans need the human rights mechanisms to continue their mandates on the human
rights situation in Venezuela. Both the presence of the UNHCHR Office and the fact-finding
mission’s investigation will help to fight impunity in the country.